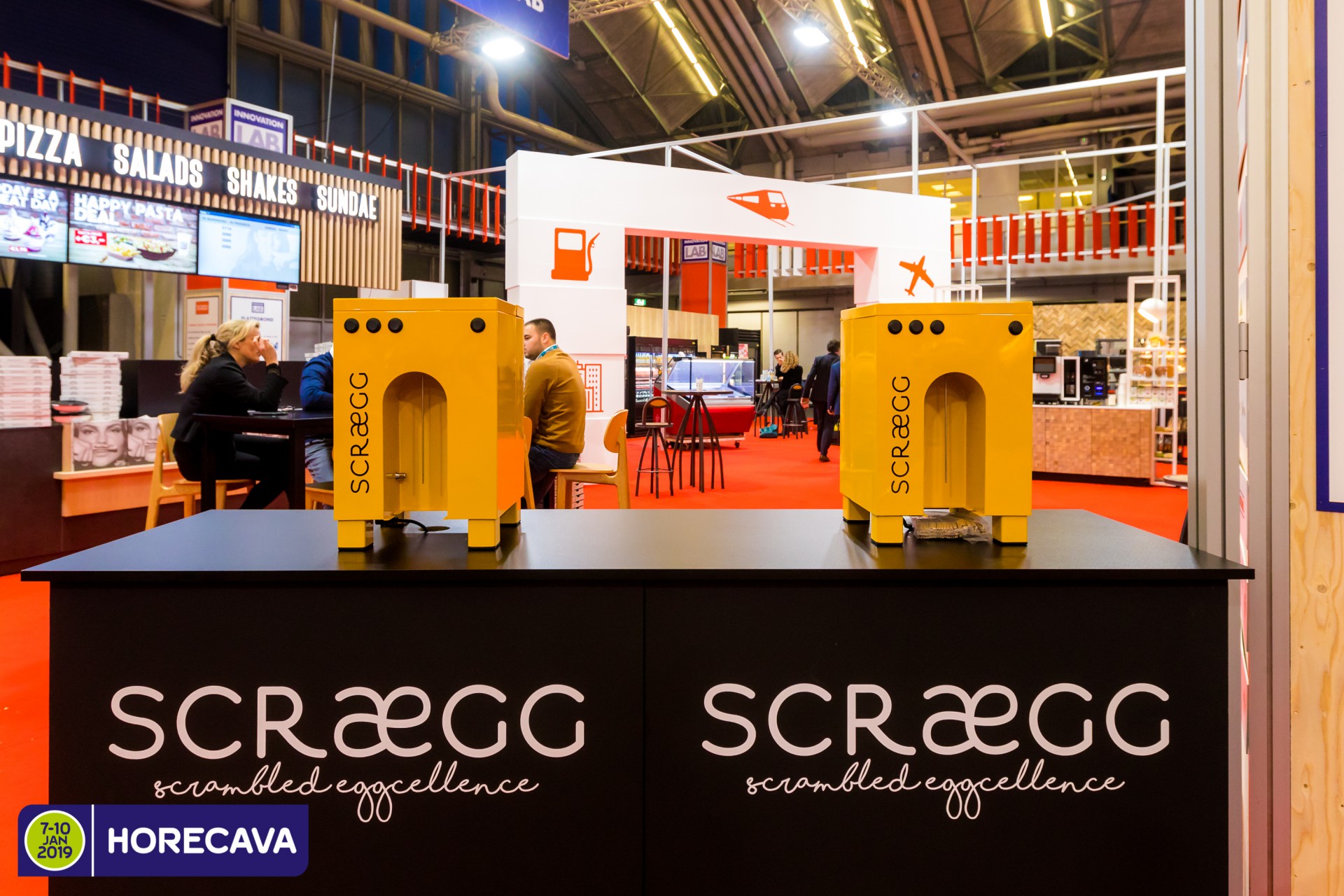 There are things that are ingenious – because they are simple. The SCRAEGG success story begins in 2017 with such an idea.

How the discovery of an unusual method of preparation and the determination of two visionary entrepreneurs turned it into a global industry sensation.

We are breaking new ground!

2012 – Florian Hofbauer is a successful gastronome, he runs restaurants near Heidelberg like the “Oben” under star chef Robert Rädel or until 2016
the country estate Lingental, a known name in experience gastronomy. Andreas Leonhard, founder of several successful creative and marketing agencies and the Social Media Academy, is a frequent guest at his restaurants. The shared enthusiasm for high-quality food, fun with innovations and creativity and an unrestrained urge to start new entrepreneurial projects form the perfect basis for a joint start-up.

In 2017 Florian calls Andreas. He should come by, because he wants to show him something ingenious with scrambled eggs. Andreas knows: If Florian says that, it must be really brilliant. A friend had shown Florian how to prepare scrambled eggs in Kosovo: With the milk frother using hot steam. The result: far from optimal, but Andreas and Florian start to experiment.

The entrepreneurs develop a prototype and apply for a patent for their invention. When the first SCRAEGG device worked and produced good results, the founders first made a video in which the steam nozzle prepared a high volume scrambled egg in just 15 seconds. This is enough to inspire enthusiasm in the food service industry.

Convinced of the idea, Hofbauer and Leonhard invested and founded their company at the beginning of 2018. Today SCRAEGG has more than 50 employees and is active in 27 countries.