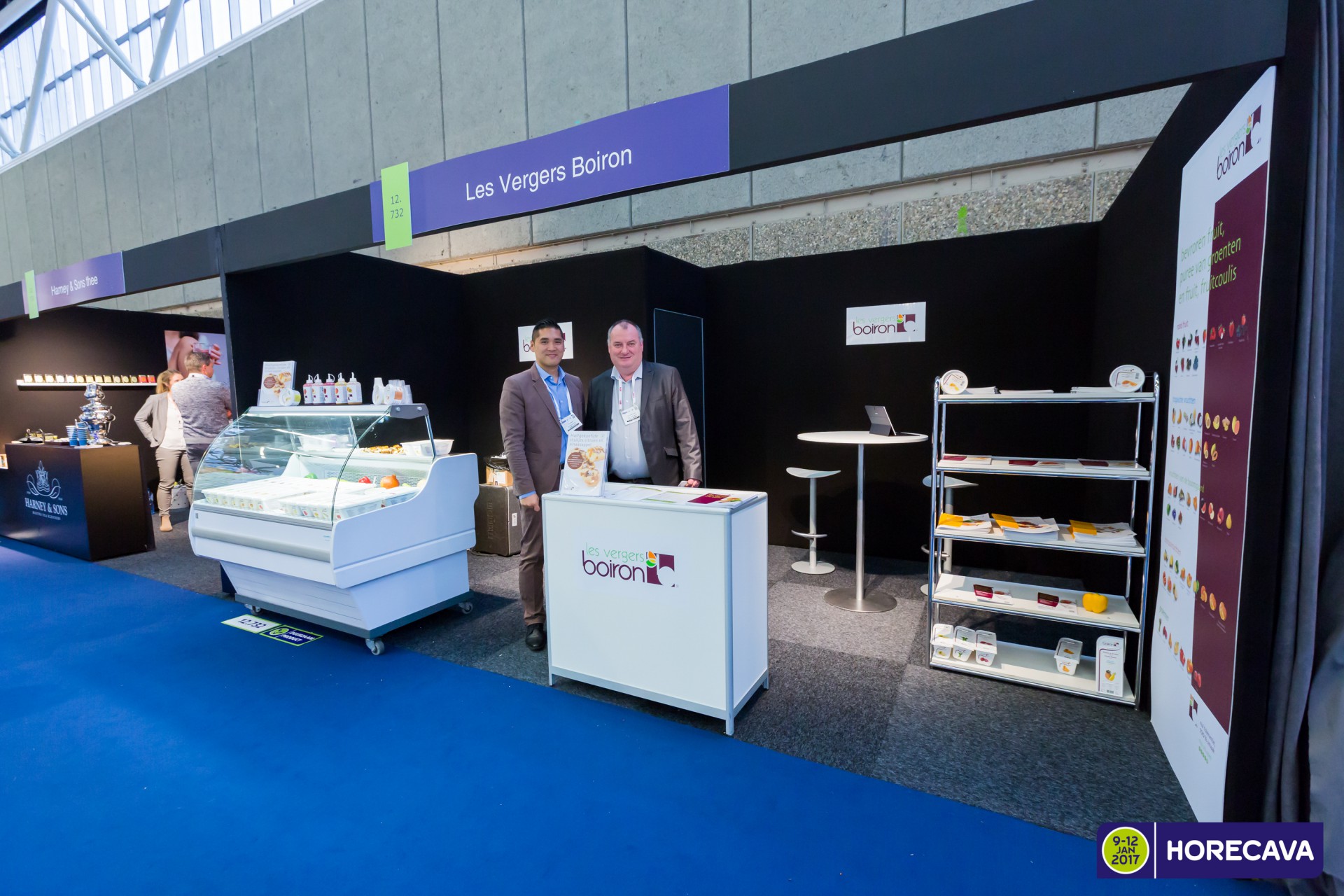 The global leader in frozen fruit and vegetable purees and coulis with more than 15,000 tons of products sold each year in 80 countries, Les vergers Boiron’s expertise goes back more than 40 years. Strict selection of the best raw materials, controlled assembly techniques inherited from champagne production, processing adapted to each fruit and vegetable, in the ultra-modern plant in Valence, discover the secrets of Les vergers Boiron excellence.

Les vergers Boiron, the story of a family and… fruit.

In the beginnings of Les vergers Boiron, there was a passion for fruit. The Boiron family, originally from the Ardèche region of France, started a fruit trading company. A few years later, business took off and the Boiron Frères company rapidly developed. It followed the move from Les Halles in Paris to the Rungis market in 1969.

Pierre Boiron, the founder’s son, then launched a major innovation. Dessert and pastry chefs were looking for practical and consistent use of products all year round. The CEO of Les vergers Boiron then created a fruit processing activity – heat-treated specifically to each fruit, then deep frozen – which is the best technique, even today, to keep flavor, texture and freshness of the fruit intact. Professionals enthusiastically welcomed these ready-to-use fruit puree. To satisfy their needs and set themselves apart from competitors arriving on this new market, Pierre Boiron developed new fruit references – red fruit, exotic fruit – as well as innovative packaging such as the thermo-formed tray or bottle with pourer.

In 2005, Alain Boiron, Pierre’s son, took over at Les vergers Boiron.
In 2010, all the activities moved to an ultra-modern site in Valence, Drôme. It was almost a return to their roots. Expansion continues: Les vergers Boiron will market 15,000 tons of frozen fruit and vegetables this year worldwide.